I held a Birthday Cheer class on the weekend.  It was showcasing the great Birthday Cheer Bundle from the Occasions Catalogue and making some fun cards with it.  I don’t often share my class cards with you but I thought I would share with you about this.

One of the cards I made was an Easel card.  This card was inspired by one I saw on Pinterest.

This first card was the card I made to share at the class. Everyone thought it was nice.  It was using the gorgeous Grapefruit Grove Foil Sheets from Sale-A-Bration. (On a side note did you know that this foil is nearly sold out?? You might want to grab this as your next free choice for Sale-A-Bration). It is so shiny.

The single cupcake is stamped in Stazon and watercoloured with the inkpads. There is a die to cut it too. 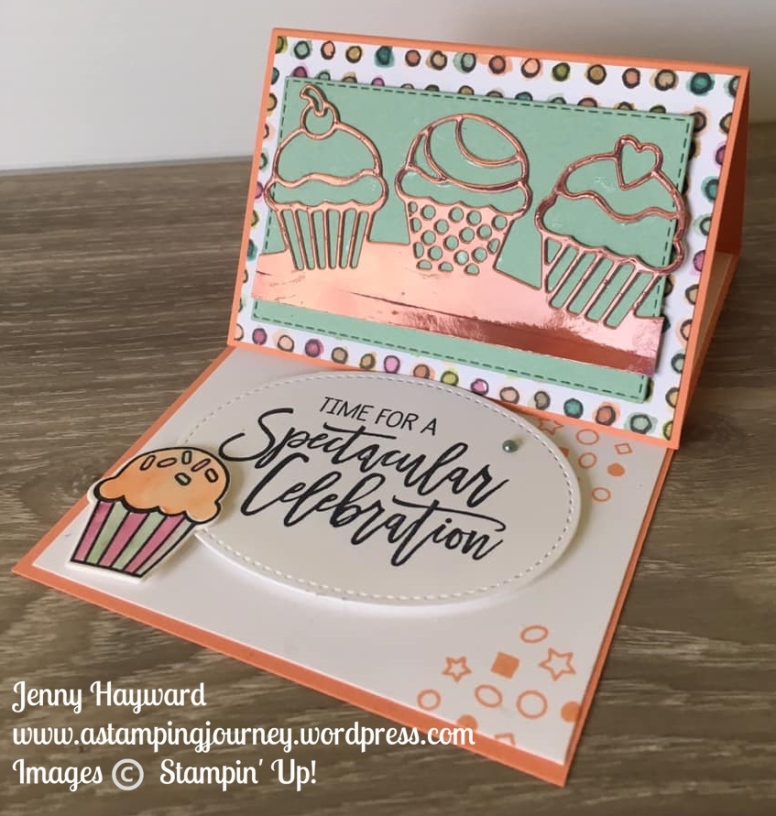 The Easel card is very easy to make.

With any type of Easel card you need something on the base as a stopper to hold up the Easel.  For this one I used the Oval sentiment piece.

While I made this card and used this for the class I had a different idea in my head but it wasn’t working before the class.

During the class when I was demonstrating this I played around with it and created this version below.  Everyone loved this idea even more and made this one instead for their card.  So I thought you might like to see it then. 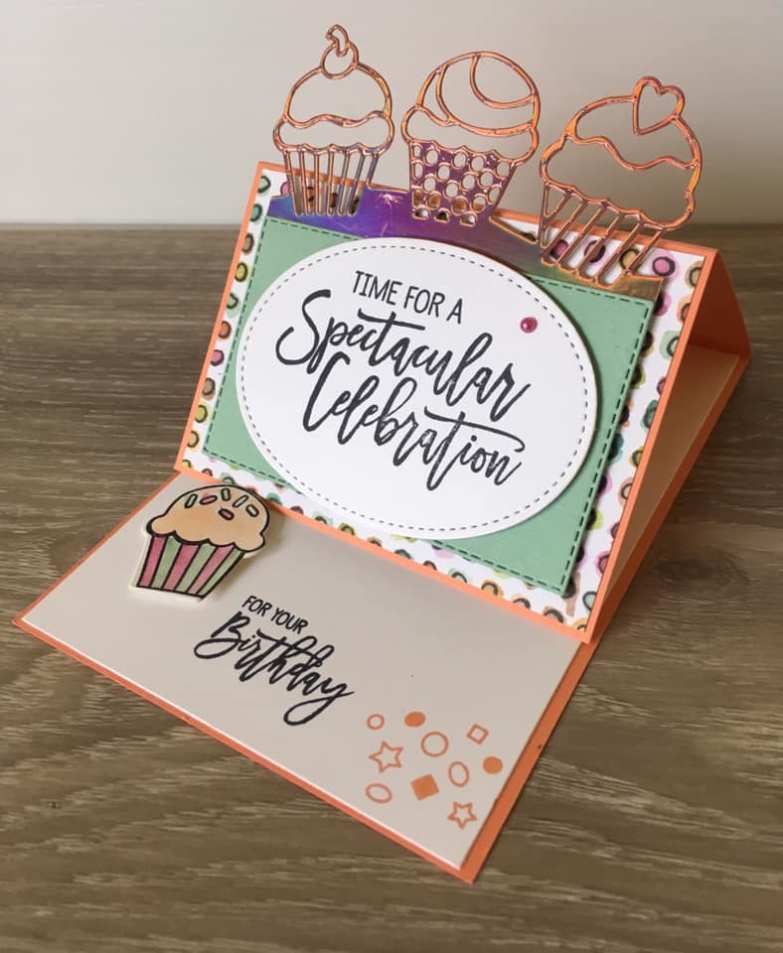 I created the Easel card the same with the cutting and scoring.  This time though I rearranged the pieces.  So simple really but so much more effective.  Adhere your diecut cupcake border behind the Mint Marcaron card piece.  For the stopper on this I used the cupcake.

Doesn’t that create a bit more of a WOW??

Why not create your own.

Thanks for stopping by,

I am married to Glenn and we have 2 children: Josh (22) and Carlie (18). I live in the Northern Suburbs of Wollongong; just south of Sydney, NSW Australia. I joined Stampin' Up! in August 2008. I'm having a great time creating and sharing what I love! Thank you for visiting me in my corner of the blogosphere where I can share my projects with you. I hope I inspire you along the way. I hold regular classes and workshops and I hope I can share stamping with you and your friends soon. View all posts by Jenny Hayward

This site uses Akismet to reduce spam. Learn how your comment data is processed.

I love to share my creations with others. I hope I inspire you, so please stop by again soon. Even better, be sure to "follow" or subscribe.  See below.

In Australia and don't have a current Demonstrator?? I would love to serve you. Please contact me PH: 0439 844574 or comment below and I will contact you directly. You can order directly at my store -> HERE. 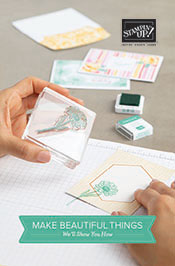 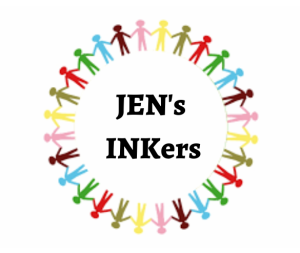 Looking for a Gift Box, Stamp set idea or a technique?

- The Tags listed below

- The Free Tutorials Tab at the top of the page.

The content in this blog is the sole responsibility of Jenny Hayward as an Independent Stampin' Up! demonstrator. The use of and content of the classes, services, or products offered herein is not endorsed by Stampin Up!® All content, including designs, concepts, text, and photographs are COPYRIGHT © Jenny Hayward.
%d bloggers like this: